At the start of the 2020 season, Deceuninck – Quick-Step launched their sustainability campaign, aimed at protecting the environment that we race in – #OurStadium. The team launched a manifesto of pledges, which are a set of guidelines that the team will adhere to in order to help our planet.

The pledges in the manifesto were underpinned by a stated aim to become carbon neutral. To do this, we have joined forces with Co2 Logic, which saw the team support two carbon offsetting projects; one which supplied fresh drinking water in Uganda, thus reducing deforestation and carbon emissions, and a second that helped stop the deforestation around Mont Ventoux. As well as being an iconic venue in cycling, the Ventoux project also helps to reforest the natural habitat of wild wolves, really evoking the Wolfpack Spirit. 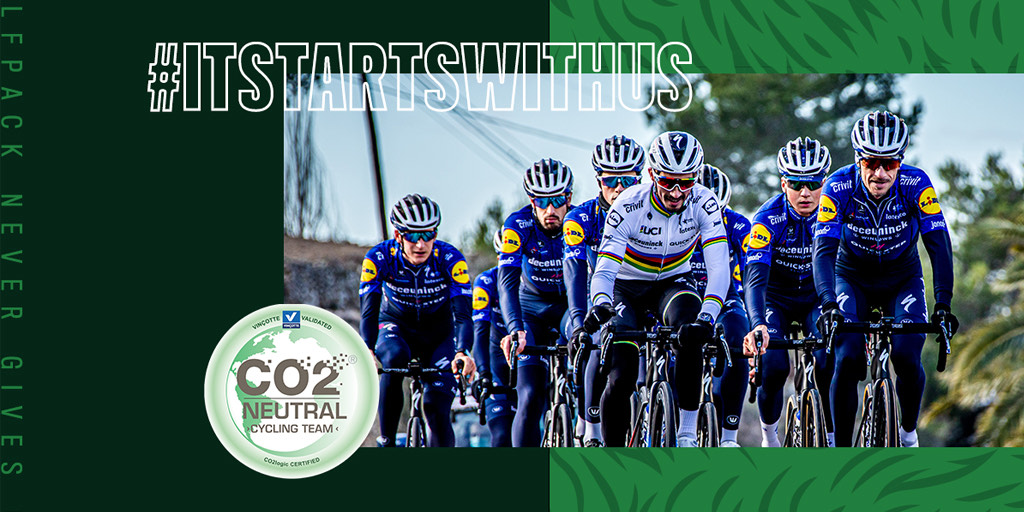 The team has pledged to a “manifesto of changes” that is aimed to reduce its environmental impact, make positive changes that can help reduce its wastage and help to educate riders, staff, partners, and supporters on the subject, with the hope of evolving habits. The pledges are: